If you’re curious about early tractors, consider the steam traction engines or “steamers.”  At the turn of the 20th century, steam vied with draft animals as the primary source of agricultural power. Steam traction engines were used to pull ag machinery such as combines or harvesters (hence the term “traction”) or could also be driven into the fields to power drive belts for ag equipment.  The 1915 Russell Steamer on display at the museum is connected by a drive belt (see photo left) to a Waterloo thresher.

The Museum’s Russell Steamer was manufactured by Russell and Company in Massillon, Ohio.  It is 18 feet long, weighs 17,350 pounds, and moves at the glacial pace of 2.1 miles per hour.  The steamer is powered by a standard boiler that can run on wood, coal, or straw.  Fuel could be stored in the tank on the right rear  side.

Russell steam traction engines were not known for their innovative design, but for their ease of use and maintenance.  All moving parts were located in plain sight and were accessible to the lay mechanic.  This made it simple for a farmer to adjust and repair a steamer using ordinary tools.

Like any vehicle, the Russell Steamer needs regular attention to keep it in good running order, and we plan to recondition it in 2014.  Once reconditioning is complete, you’ll be able to see it in operation at the Museum in all its noisy, smoky glory.

Won’t you help us bring this remarkable piece of machinery back to life?  Consider making a donation today!  Simply visit our website at https://www.aghistory.org/support-us/donate/ and select the Russell Steamer option in the drop-down menu to contribute to the care and maintenance of this historical marvel. The Museum is restoring a WWI-era commercial truck and we need your help!  This beautiful cherry red, “C-cab” commercial truck just needs some finishing touches before we can add it to our  ever-growing transportation collection.  In addition to a few mechanical adjustments, the White truck needs solid core tires and rear wheels that fit.  Would you like to adopt the White truck?  Make an on-line donation at https://www.aghistory.org/support-us/donate/ and select “White Truck” in the drop down menu.  We’ll post updates as the restoration proceeds.

Learn the answer and hear other stories about agriculture history and the Heidrick Ag History Museum’s collection by activating the Guide by Cell tour during your visit.  When you see the blue Guide by Cell symbol, simply use your cell phone to call the number provided and follow the instructions to select the story you want to hear.

Each Guide by Cell story uses historical vignettes and tantalizing detail to provide in-depth information about select items from our collection. For example, hear about the invention of the self-laying track or how WWI changed the tractor industry. All stories are available in Spanish or English.  The visually impaired will find that it can enhance their enjoyment of the Museum.

We are always looking for ways to improve the accessibility, comfort, and convenience of the Heidrick Museum, and we welcome your suggestions.  To give us suggestions via Guide by Cell, simply select “0”, followed by the “#” sign to record your comment.  Or if you prefer, drop a written comment in the suggestion box in the front reception area after your visit. 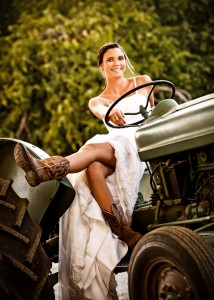